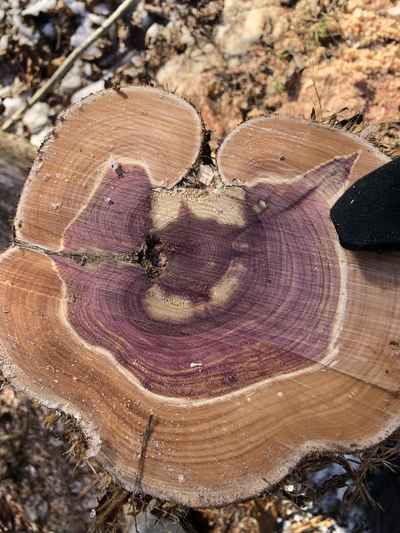 They say that people who express gratitude are, statistically, happier than those who don’t. So let me invest in my own joy by telling you just how profoundly grateful I am for the electric start power tool.

It may seem an odd thing to be grateful for, but it came to me this past Saturday as we ably felled 9 pine trees within a span of 3 hours.

As you may recall, this clearing is being done on advice of a forester, to open up space for oak, persimmon and other trees that have wildlife benefits but are unable to compete with the pine in regrown forests such as ours.

I’ve heard the criticisms of electric power tools. They are weaker than their gas powered counterparts and their limited run times mean shortened work sessions. But as someone who is (not quite) 5’4” tall, with proportionally-sized arms, I have had repeated shame-inducing encounters with the gas powered, pull-start chainsaw. 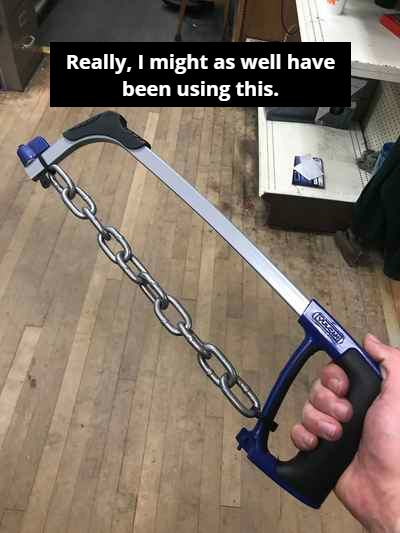 I start these episodes bloated by determination. I review the manual and check all the prerequisites: gas and oil mix, chain oil, chain tension, clean blade. I don the safety gloves and protective headset. Taking the prescribed stance with my foot stabilizing the saw, I proceed to rip the pull start. Fail. I try again, making sure to throw as much of my weight with the pull as possible while still pinning the saw with my foot. Fail. And again. In the silence that follows, the shoulder injury I sustained 25 years ago starts to stretch and yawn.

“Persistence” frequently headlines inspirational posters, often inscribed over a granite mountainside or other image of natural beauty. Persistence is an admirable trait, an easy choice of theme for commencement speakers and, I suspect, drill sergeants.

As I pull again and again with focused power, it is clear I have internalized this message: I will not give up. Pull. But in my persistence (pull) I am unlike a granite mountainside. Pull. I am flailing (pull). Hot (pull). Angry (pull). Someone failed to mention that persistence frustrated may precede insanity. In time (pull), with enough persistence (pull), I manage to degenerate (pull) into a whirling dervish of obscenities. Pull. With each failure I grow slightly shorter and more profane.

A note on strength

By referencing my height above I am trying to suggest that it is the shortness of my arms that prevents pulling the recoil start far enough, and not a deficit of muscle mass which has been wasting away at the rate of 3-8% per decade since I turned 30 in a phenomenon called sarcopenia.

Granted, I made inadequate investments into muscle mass during the first 3 decades of life, but the existence of sarcopenia was absent from my education or I’m sure I would have done better.  Not that it would have made any difference to my ability to start a gas-powered chain saw because my arms would still not be long enough to fully extend the pull start. Or so my theory goes.

All Hail the Electric Start!

Such ego-sparing rationalizations are rendered unnecessary by the battery powered electric start tool. I push a button, depress a trigger, and the saw whirrs to life. Thank you. This is what I paid for. A tool that #$!%#$ works.

Putting the ‘Power” Back in “Power Tool”

The largest tree we felled that day may only have been 12” in diameter, but we’re still new to the business of logging and bucking and I have no doubt we’ll git ‘er done.  The fact that we’re in business at all, though, is thanks that to that electric start. I don’t know who decided to mass produce and sell such chain saws, but I would like to let them know that they have accomplished a greater good. They have empowered the short-armed chunk of humanity that was previously assigned to raking and bagging leaves.

So here is my contribution to the inspirational poster genre: 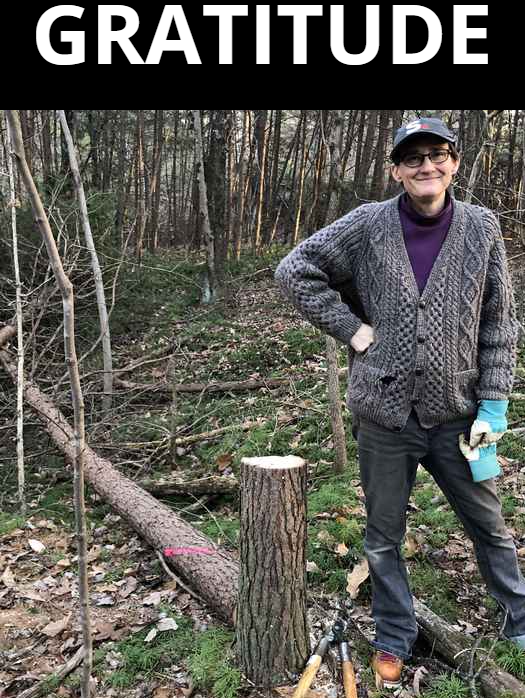